skip to main | skip to sidebar

The Parrot Who Thought She Was A Dog 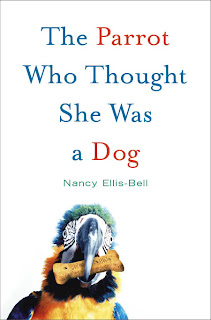 This is an absolute fantastic book!! I became a blue and gold "mother" almost 1 year ago. Then we added a green-winged and then a molloccan with the last member joining us about a week and a half ago (a cockatiel). They have been absolute joys and this book just explained more things and showed us many things in common! May the spirit of Sarah always soar high and watch over her human!! Bless Nancy for taking a chance on Sarah and becoming Sarah's human!!!

This is NOT a place for submitting author queries. Thank you.

Are you interested in reading or buying this book?